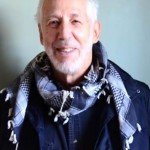 David Laylin grew up in Washington DC, in an international environment. In this respect, Iran has been a large part of his life since his father, an international lawyer, represented Iran at the Security Council of the UN in the 1946 Azerbaijan case against Russia. David was in private business, in Iran, for 15 years during the period of 1959 to 1979. Since then, he has continued to be involved in wildlife conservation in Iran and information exchange activities between Iran and the US. He makes extended visits whenever possible. His sister, Louise Firouz, was also well known for her work in breeding and reviving the Caspian and Turcoman horse species in Northern Iran. In addition to the members of his Iranian family, David has a wide circle of friends and acquaintances in Iran. He is interested in humanitarian work, inter-religious dialogue and in furthering the other work of CSIME.